KATHERINE RADER
Profound and persistent racial and class-based inequalities in the United States are the result of particular trajectories of U.S. political and institutional development. My research examines how political struggles to demand racial and economic justice have focused on a variety of ends: expanded democratic participation, civil rights, collective bargaining rights for all workers, and calls for economic redistribution and broader provision of public goods. And while these ends are sometimes pursued separately, there are also important moments when these efforts were united.  My research agenda broadly explores how historic efforts to build coalitions around racial and economic egalitarian principles reveals moments when critiques of a capitalist, free market political economies also encompassed calls for racial equality.

My dissertation examines the way that coalitions formed and collapsed in the space of federal employment policy debates in the mid-twentieth century, revealing different ideas about how political and economic institutions could be constructed to promote racial equality. I trace the way that visions for racial equality narrowed over the period of the 1920s-1970s, coming to settle on a version of anti-discrimination politics that did not call for broader economic redistribution for workers of all races but instead focused on a court-based strategy for desegregating public institutions. I argue that in order to understand how that ideological and strategic focus of racial advocacy organizations narrowed involves placing the efforts of those groups into the broader political-economic context.

My research sheds light on moments of progress toward racial equality, when coalitions were formed based on a shared commitment to government intervention on behalf of workers. This has important implications for our current political moment, for it indicates that successful efforts to address racial and economic inequality can be grounded in ideologies that consider the racial and class as mutually constituted political, social, and economic forces. 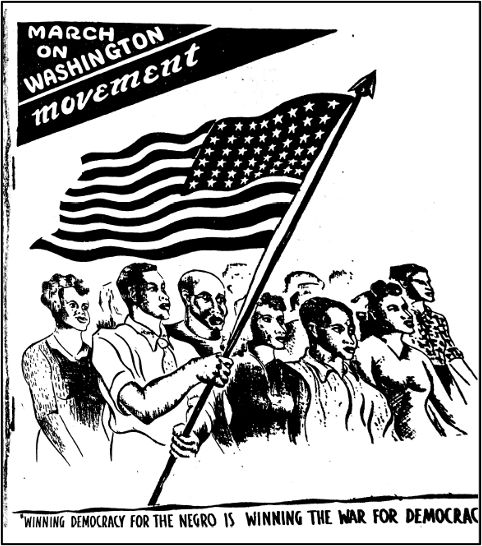 “The Origins of the Anti-Discrimination Ideology: An Institutional Consideration of the NAACP”

“The March on Washington Movement, the Fair Employment Practices Committee, and the Long Quest for Racial Justice,” with Sidney M. Milkis (University of Virginia)